If you have been arrested for drug charges in Folly Beach, then it is critical you contact a Folly Beach drug charge lawyer to ensure your rights are protected during the criminal process. In South Carolina drug convictions carry extremely serious penalties. Fines and jail time vary greatly depending on the substance in question, the amount of the substance in question and other factors such as prior criminal history. If you have been charged with a drug crime in Charleston, North Charleston, or Mount Pleasant, call drug charge lawyer John W. Molony now and discuss your legal options.

In South Carolina, the charge of Possession with Intent to Distribute (PWID) is not only based on the amount of the particular drug a person is caught with. PWID can also be charged if police determine from a totality of the circumstances that the intent to distribute is present. So what does that mean? In many cases, law enforcement makes this determination based on the presence of baggies, scales, ledgers, or other paraphernalia indicating that drugs were meant for sale. In South Carolina, drug trafficking charges are based on the weight of the particular drug. Possession of greater than ten grams of cocaine or cocaine base, four grams of heroin, or ten pounds of marijuana is considered trafficking under South Carolina law. Trafficking and distribution offenses also carry heavy penalties, including mandatory minimum prison sentences of 25 years on some trafficking charges. Additionally, many trafficking and distribution charges are classified as violent crimes and are non-paroleable offenses.

Serving Charleston Areas Near You

John W. Molony Law Firm, LLC accepts DUI cases all over Charleston, including these areas near you. 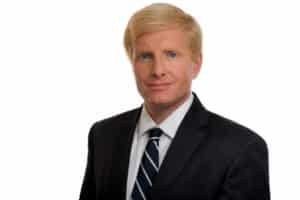